Almost every South African or person that has visited South Africa in the past few months, would know and understand the dangerous times we live in. Crime is ever growing and the fear of losing our Women and Children is a reality that many people face daily.

Most women feel uncomfortable if they have to get into a stranger’s car, whether it be a Public Taxi, lift club, carpool or hitch-hiked ride. Uber and companies alike have come under fire in the last few years for their Male drivers assaulting female passengers and children.

The idea is to have Female Only drivers that only serve Women and Children. This is aimed at two things:

1. It empowers the Women of South Africa to become self-sufficient by earning an income if they have a Valid Driver’s license. We all know work is hard to find these days.
2. It enables women and children that need to go somewhere to feel safe and comfortable in a non-threatening environment.

Maya4Women was inspired by Melanie Engelbrecht, a single mother living in Cape Town, South Africa. As such she faced many of the challenges that women in her position take as the norm.

Women in Africa who hold down jobs – sometimes more than one – have constant issues with getting their kids to school, then collecting them and on top of all of the usual requirements, there are all the ‘after-school activities’ that go on throughout the school year. Also having two teenage girls she was concerned with the safety of them taking rides from intoxicated friends or using a Ridesharing service which is mostly manned by male drivers. She then conceived this idea which she has been pursuing for two years.

Maya4Women is a Real-time Ridesharing Mobile application (hereafter referred to as e-hailing service) aimed at Women and Children in South Africa. The idea is to have a business run by women for women.

The Maya4Women journey so far has been interesting and the public has shown huge interest just on our facebook since our pre-launch.

Amazon Web Services (AWS) pledged Maya4Women to become part of their Startup Zone program and grated us $15,000 in Infrastructure costs for 24 month which is a huge bonus. We have also partnered with one of South Africa’s top Digital Agencies to help make Maya4Women a huge success.

“We will drive a culture aimed at achieving gender equality and empowerment of women.“ – Melanie Engelbrecht (CEO)

How will you use the R100k prize in your business?


We would like to allocate the funds to the following:

Leave a note of support 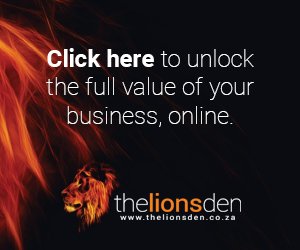 If you feel that this profile violates the competition terms & conditions, then please complete the form below: